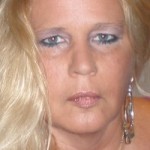 Susan’s story is about hardship, determination, and beating the odds.  In the early 2000’s, Susan was a nurse and had been enjoying her career.  However, her nursing job would also cause her back injury, which would change her life forever.  The extreme pain made her pursue a new career at the State of North Carolina Department of Corrections.

Even though she had a new job, her back pain began bothering her more and more. The pain she dealt with was unbearable and many days she would lay on the floor at work in severe pain.  Her pain grew so bad she had her first back surgery in 2002.  This would be 1 of 16 different back surgeries that should would face.

Susan was in and out of hospitals over the next several years.  She had to endure being told by doctors that she might not ever walk again, and for sure, would never work again.

Susan always had an inner drive inside her that made her fight even harder. Despite what the doctors told her, in a few months after being released home, she returned to work!  However, the happiness was short lived.  She was hurt at work again and had another surgery.  The pain by now was so unbearable that she had no choice but to apply for social security disability benefits.

A year later, despite all the odds against her, she started water aerobics.  In six months, she was swimming again and knew she had always wanted to work again.  Several questions loomed in her mind? Should she return to the workforce again and what would happen to her Social security benefits?

Through research, she learned about a free return to work program for those like herself on SSDI/ or SSI benefits.  She discovered that the Ticket to Work program could help her find employment for free and with the help of an expert agency.   She found Employment Options, applied and was assigned to Lisa Seeley, her job counselor.  They worked together on everything from job coaching, resumes, applications, understanding the program and meeting goals.  She found work in as little as 2 months from home as a customer service representative.  In October 2012, she was promoted to a non-phone position!  She will be starting a brand new position in  April of this year!

Susan is now thriving and is working and doing things that she was told she would never do again!

Congrats to you Susan for your hard work and never giving up on yourself or your dreams!

Where do I begin?   I was working as a nurse when I hurt my back in 2000.  The injury was so bad I had to stop my nursing career and find another job. I began a career at the state of North Carolina Department of Corrections.  When I started there, my back was still so bad I thought to myself I cannot do this.   I would often lie down on the floor at work in severe pain.  I was hurting so badly that in 2002 that I had my first of 16 back surgeries. In 2004, I had a double spinal fusion. That was my down fall. I got a staph infection that almost killed me.

I spent many days in the ICU. My doctors thought I would never make it through. They basically wrote me off.  I was released home with IV medications running through my body- 24/7.  On top of this , my hardware dislodged causing even more excruciating pain.  They said I would never go back to work, let alone walk again.

Well four months later, I surprised everyone and returned back to work.  Only to have my career come to a halt.  In 2008, I was severely assaulted by an inmate that forced the doctors to put me out of work once again.  I had back surgery # 15.

I was so depressed and so tired of living in pain. I thought to myself is this what my life is going to be? I had no choice but to apply for Social Security disability.  In 2010, I had my last back surgery.  I was using a walker to get around, then a cane.

In 2011, I walked into my local recreation center and started taking water Aerobics.  Six months later, I started swimming again.  I then decided to try and go back to work.  But would I lose my disability check?  Should I work out in the general workforce again?   Would my back take it?  This is when I started to research the Ticket to Work Program where I found Employment Options and Ms Seeley.

I was back to work in as little as 2 months. The first job was not for me. But, I started a new job in July 2012.   Later that year, I was promoted. I thought to myself wow this cannot be!  Not so long ago I was thinking that I would never be able to have a normal life again.

Thanks to Employment Options I will be starting a new position from home soon where I might be able to be a trainer.  My life has changed so much. I am now swimming over a mile in laps every day, lifting weights, starting new relationships and working from home. I am training for competition swim meets too!  Wow, what a change. This goes to show even if the doctors have you down and out, never ever give up on yourself!  You will be amazed at what you can do! (Susan M.) 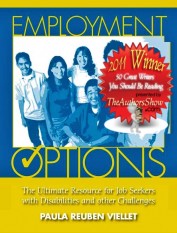